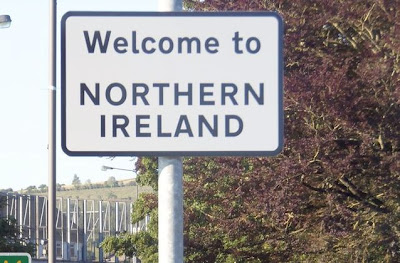 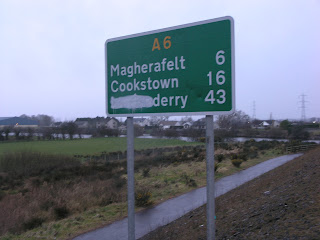 Mind you, at a cost of about £200 each, the spending on replacement signage for the stipulated roads, should keep a medium-size signage shop and half a dozen DRD road crews busy for a while. It will certainly supplement the work of replacing and restoring the defaced direction signs for ‘Londonderry’.
But it’s good to see that we are all being welcomed along the road to a shared future, even if only on a few choice border crossings. Time was – and not really that long ago – that Unionist politicians seemed hell-bent on keeping our cross-border roads closed. Now Danny K is rolling out the Welcome mat, even if disgruntled locals would prefer to keep their Border location a secret.
Posted by Darach MacDonald at 23:55