Changes afoot on the Border beat

They stood guard as Stormont’s sentinels down the decades; sandbagged, draped in barbed wire, strategic garrisons commanding every significant Border crossing.
Up to the end of 1925, they housed garrisons of ‘A Special’ Constabulary, full-time paramilitary reserves of the new Royal Ulster Constabulary who fought gun battles with the new Free State army across the fledgling frontier. In every successive period of unrest, they were bases for platoons of part-time ‘B Specials’ who guarded the line.
During the course of the recent Troubles, they were expanded, fortified with armoured steel walls, festooned with cameras and listening devices and crowned by turrets to survey the locality.
Most have withstood frequent and sustained attacks, some with significant loss of lives. Now they are redundant, surplus to requirement. So they are being decommissioned with barely a murmur of dissent from most of their surrounding communities.
The latest list of 34 Police Service of Northern Ireland (PSNI) stations to be shut down is still under review, but it will include most of the remaining frontline border posts and many others at a step-back from the frontier. The PSNI is slashing its complement of police stations to 49 from the 140 inherited from the RUC in 2001. Earlier closures included such iconic Border stations as Roslea in Fermanagh, and Middletown and Forkhill in Armagh.
PSNI stations now ‘under review’ and expected to close include Castlederg, Aughnacloy and Caledon in Tyrone; Kesh, Belleek, Belcoo and Newtownbutler in Fermanagh; as well as Keady, Newtownhamilton and Bessbrook in Armagh. Further back, but within close range of the Border, others under review include Donemana, Newtownstewart, Fivemiletown, Ballygawley and Moy in Tyrone; Irvinestown and Lisnaskea in Fermanagh; Warrenpoint in Down; and in Armagh, the stations at Markethill and Loughgall, the latter the focus of an SAS ambush in which nine armed IRA men were killed when they came prematurely to demolish the part-time barracks.
Similar stories of sustaining and repelling attacks could be cited for most of the PSNI stations now slated for closure by the newly devolved Department of Justice.

However, policing authorities emphasise this will not deplete but improve services, while reducing the operational budget by 14 % with a saving of £135 million. That should help to defray the £14 million already spent on supplying BlackBerry smartphones (equipped with special software) to police officers on the ground.
According to the PSNI’s Strabane area commander Chief Inspector Andy Lemon, these devices reduce the need for patrolling officers ‘to return to a police station to complete administrative tasks’.
‘This has already increased the amount of patrol time per officer per shift by over 15% – meaning an extra hour per officer, per shift is spent on the street, in the community they serve,’ Inspector Lemon said (Strabane Chronicle, 2 February 2012).
Planned closures of peripheral stations will mean that the entire land frontier of Northern Ireland can be policed from seven current area command bases at Derry (Strand Road), Strabane, Omagh, Enniskillen, Dungannon, Armagh City and Newry. 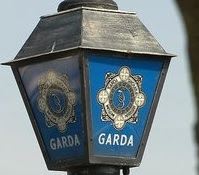 On the other side of the Border, the history of policing is markedly different.
With partition, members of the new Civic Guards (An Garda Síochána) were deployed to former RIC barracks in towns and villages. Most of these remained in use until the Troubles threatened to spill over in the late 1960s/early 1970s. Antiquated barracks were replaced by ‘bungalow’ posts and scores (eventually thousands) of young gardaí were deployed for ‘Border Duty’ with extra pay. For example, Clones had a sergeant and three guards in the late 1960s; by 1975, it had 44 gardaí under a district inspector.
Since the 2001 ‘Foot and Mouth scare’, garda deployment along the Border has fallen sharply. Once bustling stations are sleepy day-time posts among the 122 stations in the four ‘Northern’ divisions of Donegal, Sligo-Leitrim, Cavan-Monaghan and Louth.
Of those, frontline Border posts include eight in Donegal (Muff, Carrigans, Lifford, Castlefinn, Ballybofey, Pettigo, Ballintra and Ballyshannon), one in Sligo-Leitrim (Kiltyclogher), 12 in Cavan-Monaghan (Blacklion, Ballyconnell, Belturbet, Redhills, Clones, Smithboro, Scotstown, Emyvale, Monaghan, Clontibret, Castleblayney and Carrickmacross), six in Louth (Hackballscross, Dromad, Omeath, Carlingford, Dundalk and Louth village).
Under the Policing Plan 2012 recently issued by Garda Commissioner Martin Callinan, there are plans to close a total of 39 Garda stations, ‘including eight stations which are at present non-operational’. Only three of these however, are Border stations – Kiltyclogher in Leitrim and Smithboro and Clontibret, both in Monaghan.
So against seven frontline PSNI stations in Northern Ireland, 24 garda stations will remain on the ‘southern’ side of the Border by 2015, when both forces are to commence joint training at the new police college in Cookstown, Co. Tyrone.
So better policing for the south? Not really, it seems, with today's report (http://www.irishtimes.com/newspaper/breaking/2012/0213/breaking46.html)) disclosing that 40% of Garda stations have no Internet connection, meaning officers can’t file reports by email.
A spokesman for the Garda Press Office was unable to tell the Frontier Post how many stations in the Border divisions have no Internet connection.
‘We wouldn’t have that kind of information here,’ he said. ‘We only have a figure for the national situation.’
He seemed as unconcerned as  senior garda officers who say they can manage without the Internet, and the priority should be in reversing plans to cut the patrol car fleet by 385 vehicles across the board where Dublin’s Justice Minister Alan Shatter wrestles with a current quota of 703 Garda stations. Recent speculation suggests that budgetary cutbacks could eventually mean closure of up to 200 garda stations on the insistence of the IMF-European Central Bank. That would reduce stations to a figure of 500 serving a population of 4.5 million (1:9,000), against fewer than 50 stations covering the North’s population of 1.5 million (1:30.000).
On the Northern side, there is a fatalistic sense even among those who would wish to retain Border security on full alert.
Democratic Unionist Lord (Maurice) Morrow of Dungannon seems more concerned about the possible closure of Garda stations, saying this will mean ‘criminals and dissidents will be given a free hand in operating across the Border. While the future of garda stations is undoubtedly a matter for the Irish government, as a border constituent I am very concerned about the effect this will have on border security’ (Tyrone Times, 28 September 2011).
So in a bid to allay Lord Morrow’s fears about Emyvale garda station’s future, the Frontier Post asked the Garda Press Office spokesman if any future review would include an assessment of  Border stations.
‘If you want an official quote about that,’ he said, ‘you’ll have to send us an email’!
Posted by Darach MacDonald at 19:34