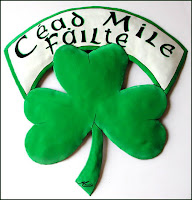 So today, fifteen years after I began my new life in old surroundings on the day of the death of Britain’s fairytale princess, I raise a glass to returned emigrants and wish each and every one health, happiness and a hero’s homecoming.
Posted by Darach MacDonald at 18:39